This search form uses an instant search feature. As you type, search results will appear automatically below the search field. When you've entered you desired search terms use tab to navigate through the available results and hit enter to open the selected page or document.
EDIT MAIN

Message from the Superintendent

Jackson County is a growing community that fosters a tremendous support for public education. Our citizens realize the value and necessity of education and the role that it plays in the future of their children. Our teachers are dedicated and concerned individuals who strive daily to improve the educational process so that all of our students have the opportunity to realize their maximum potential. 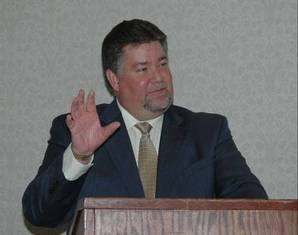 Blaine C. Hess, a native of Clendenin, West Virginia, has served as Superintendent of Jackson County Schools since July 1, 2006. Mr. Hess, a 1979 graduate of Herbert Hoover High School, earned a B.A. in Music Education from Alderson-Broaddus College. While enrolled at Alderson-Broaddus, Mr. Hess received the Williams Music Award and was recognized as the Outstanding Student of the Education Division. Mr. Hess completed his M.A. in Educational Leadership from Marshall University Graduate College.

Mr. Hess served as the Assistant Principal at Ravenswood High School before being named Principal at Ripley High School in 1998. During his tenure as principal, Ripley High School was named as a Pacesetter School by the Southern Region Education Board. In 2000, Mr. Hess was appointed to the position of Director of High Schools and Vocational Education for Jackson County Schools. Mr. Hess has served on various teams for the Office of Education Performance Audits and High Schools That Work Technical Assistance Teams. Mr. Hess served in this position for six years before becoming Superintendent of Schools.

Mr. Hess serves in a number of professional capacities including the Administrative Boards of the Roane-Jackson Technical Center and RESA 5, a Visiting Team Chair for the North Central Association, and actively serves as a band adjudicator for the West Virginia Secondary Schools Activities Commission. Mr. Hess is a member, and past president, of the West Virginia Association of School Administrators (WVASA). Mr. Hess was honored by the WVASA as the 2013 WV Superintendent of the Year.

Mr. Hess and his family reside in Ripley, West Virginia. He attends Calvary United Methodist Church where he is a member of the choir.